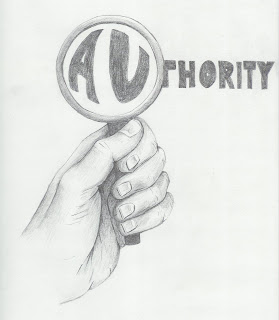  Authority is the power granted to individuals (possibly by their position) so that they can make final decisions.
 Authority can be delegated from one’s superior.

Power, on the other hand, is granted to an individual by his subordinates and is a measure of their respect for him.
 A manager’s authority is a combination of his power and influence such that subordinates and peers willingly accept his judgment.
 Project manager are generally known for having a lot of delegated authority but very little formal power. They must, therefore, get jobs done through the use of interpersonal influences.
 There are five such interpersonal influences:
 Legitimate Power: it represents the power a leader has as a result of his position in the organization. Legitimate power and authority are the same.
 Reward Power: it is based on the ability to control and provide valued rewards to others.
 Coercive Power: it is the ability to punish others if they do not display desired behaviors.
 Expert Power: it is the influence that is based on expertise, special skills, or knowledge.
 Referent Power: it comes from being admired, personally identified with, or liked by others. When we admire people, want to be like them, or feel friendship toward them, we follow their directions more willingly and exhibit loyalty toward them.
Posted by Mukhtar at 2:28 AM

What is your opinion about my blog?